Protests at Los Angeles area ports have cooled down in recent weeks, but independent contractors are still fighting for their right to chase the American Dream.

The controversial AB 5 independent contractor law has been in effect since June 30, but pro-trucker associations and individuals have not given up the fight to have their voices heard.

In the last couple weeks, the major news surrounding AB 5 has been the massive protests in Los Angeles area seaports, primarily at the Port of Oakland. Anti-AB 5 protesters flooded the port and severely slowed down operations at one of the country's largest shipping ports of fruit, nuts and wine.

With AB 5 slowly rolling into full enforcement, nearly 8,000 trucks will have to become full employees of the port to continue shipping loads from one of the nation's largest shipping hubs. 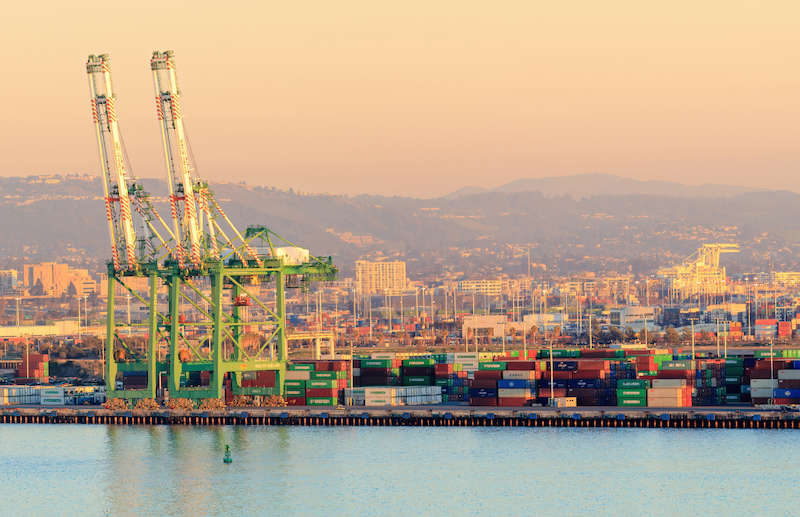 Photo Caption: The Port of Oakland loads and discharges more than 99% of the containerized goods moving through Northern California.

The protests seem to have had little influence on the California governor and other lawmakers as both groups doubled down on their commitment to fully enforce AB 5.

If AB 5 is implemented as planned, many independent contractors will have to sell their trucks and either retire from the business, drive as an employee of a shipping company or move out of the state.

This shift in the business model between truckers and California ports and carriers may drive small shippers out of business and increase the prices big shippers have to charge. The increase in shippers' costs would be in response to having to provide full benefits, including healthcare and paid time off, for each trucker in their employment.

Once it was clear AB 5 was going to be approved and fully enforced, the Transportation Intermediaries Association (an organization for third-party logistics professionals) formed a group to develop strategic action to fight against AB 5.

It is unclear if AB 5 pertains to truckers who live in California or to any trucker who moves a load from a California based company, or both. Another concern from truckers nationwide is whether or not laws similar to AB 5 will spread to other states, making independent contracting a thing of the past for hundreds of thousands of truckers.

There are several states, including New Jersey, that have already drafted similar laws to AB 5. These states have not taken legitimate action towards implementing AB 5 type laws, because they've adopted a 'wait and see' approach to California's situation.

As always, RealTruckers.com will keep an eye on the latest news surrounding AB 5.

Please click here to read the full RealTrucker breakdown on AB 5 and what it means for independent contractors.

Truckers nationwide can let their voice be heard as the FMCSA debates on ending COVID-19...

Community Colleges Team Up with Veterans for CDL Training